Skip to contentSkip to menu
RAWMEN - The Game

We are extremely honored to be part of this years Kinda Funny Games Showcase, streaming live today June 10 @ 4pm on YouTube: https://youtu.be/Ayw3J7sxEkQ

Please give your looking balls a gander at our spot, as well as 60+ other indie games showcased today!

We’re back in The MIX! This time in our own backyard at E3 in LA. If any of you happen to be in Los Angeles and are attending the event, please stop by, play our latest demo, and say Hello!

Please be sure to check out our steam store page and wish-list our game!

While we let the dust settle on GDC 2019, we’ve begun some behind the scenes cleaning on the Alpha. While initially making the demo, we hadn’t got a chance to really optimize anything… and there are lots of things to optimize! We’ve been tinkering away in our jail cells, squeezing out better performance from the game as well as making things look tastier and a little more polished; setting the tone for how we need to proceed making new maps and items in the future!

GDC/The MIX was fantastic! We had a great response and loved seeing everyone play. It was great hearing feedback and ideas from all of you! Our Discord crew, who helped us out, was insane!! They truly made us realize why we’re making games now! Thank you again Razer for being such a fantastic partner and helping us shine bright. You really came through for us like no one else would! 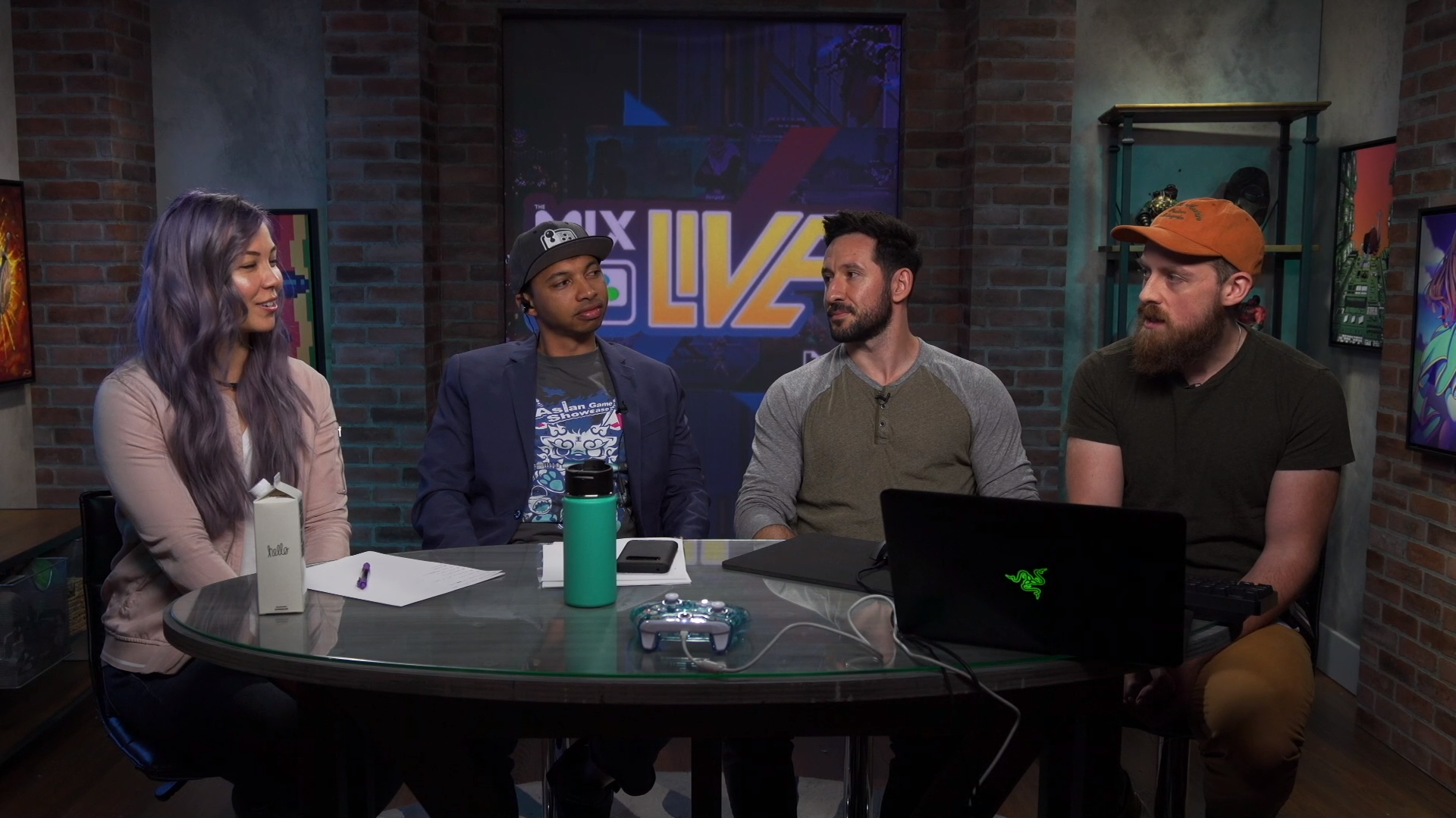 If you’re interested in getting involved, or want to help out, be sure to get into our Discord and follow us on Twitter! You can also sign up for a tester key via this link here. However, you’re gonna have much better luck getting a key if you show that you’re involved; whether it be answering questions, sharing, or helping out etc.

PS. We’re not doing too much testing at the moment due to the optimizations we’re making (lots of BS to do), but will start up again ASAP!

This year we’ve been invited to demo our game at GDC (Game Developers Conference) during the “The Mix” – an indie game showcase. We’re looking forward to seeing all of you and showing our alpha! You can learn more about “The Mix” at the URL below!

Great News! Our game is now on Steam for wishlisting!  We’d really appreciate any love and support from you all, whether its adding it to your personal wishlist, or sharing the news with friends.

We’ve also been making lots of progress with testing and finessing certain aspects of game thanks to the help from our amazing friends on Discord! If you’d love to get involved please do join our discord and follow our twitter.

We’re making lots of tweaks, changes, sounds, things, tears and additions! In the past month we’ve been really focusing on polishing up our first level for user testing, as well as starting to show the game a little more publicly. After a good chunk of the testing we’ve found some bugs, got some new game-play ideas, and stabilized the networking to comfortably handle eight players (hoping to actually push this to ten!)

The Bro-Back-Mount’n backpack allows players in the heat of battle to jump on the shoulders of nearby players friend or foe and work together.

The Smackerel Mackerel is a slippery chum buddy that is used to close reach out and touch someone where it counts!

Looking forward to many new items coming as well as features. Currently we use a death match type game scenario to build from, once we fill the game with more content we can start adding some new game modes!

We started up a Discord for those who’re interested more into the development process, and hearing as well as sharing more about the game as it unfolds! So feel free to hop in and say hi to the RAWMEN community!

We’re also going to be starting to revamp the Press Kit since… well things have come a long way, and the game doesn’t play or look like it used to – so we feel its best to update that accordingly!

We’ve been jammin’ pretty damn hard, cooking up lots of updates and refining tidbits of game-play here and there – tinkering with level blocking as well as environmental dangers. Everything has been rather smooth and a super enjoyable experience, considering the early nature of the game!

We’ve cut together a few clips of the current multiplayer game-play that we had a blast testing. Its super exciting for us now at this point, as we can really start to tweak and experiment with new game mechanics, items, and modifiers that really change balancing. The brainstorming alone is quite the experience! Enjoy!

In this build, we focused on syncing player customization and appearances across the network and explored different techniques for syncing our soup launching physics. Initially we tried replicating each balls position on each server frame, but felt that things could potentially bog down performance and get janky if client/host connections became unpredictable. So we opted to just sync each projectiles original postilion, directional vector, and launch force, at the starting launch frame and allow client physics to take over the simulation from there out. This method seems to work quite well for our needs and saves a ton of network bandwidth.

Long story short, this is a fuckin blast to play with a few friends in its early stage!

Whats better than one? – probably two… so THUS multiplayer is in! Just a couple of hombres flinging and slinging and having a grand ‘ol time! Networking and Steam integration seem pretty solid. We had a blast making a mess of things and screwing around with the latest and greatest of bugs: Landplanes and Aerobatic Smoke!

OH, and here’s a freebie for all dem’ gam’ devs!

Have fun with this desert landscape environment we created a while back while prototyping another game. We’re not sure how y’all are going about making your landscapes in your game engines – so we kinda went overboard and included a bunch of shit to get you going. Anyhow, feel free to use it however you’d like – credit would be lovely. Use these at your own discretion and risk of course!

During our initial brainstorm on game-play ideas, we wanted to implements a break-free, escape, or dash mechanic.  We felt it would add to the game-play and create a new skill the player could master. However, making those types of mechanics has its challenges- not only in the art department, but how it functions in game. How many times can the player use it? Why is it used? How does this mechanic impact game-play and player flow?

In the clip above, we’re definitely getting there. We’re still tweaking here and there, but we feel much better about how the dash mechanic looks and feels!

Oh and sometimes strange things happen, good things! This actually reminded us of our dags 😉 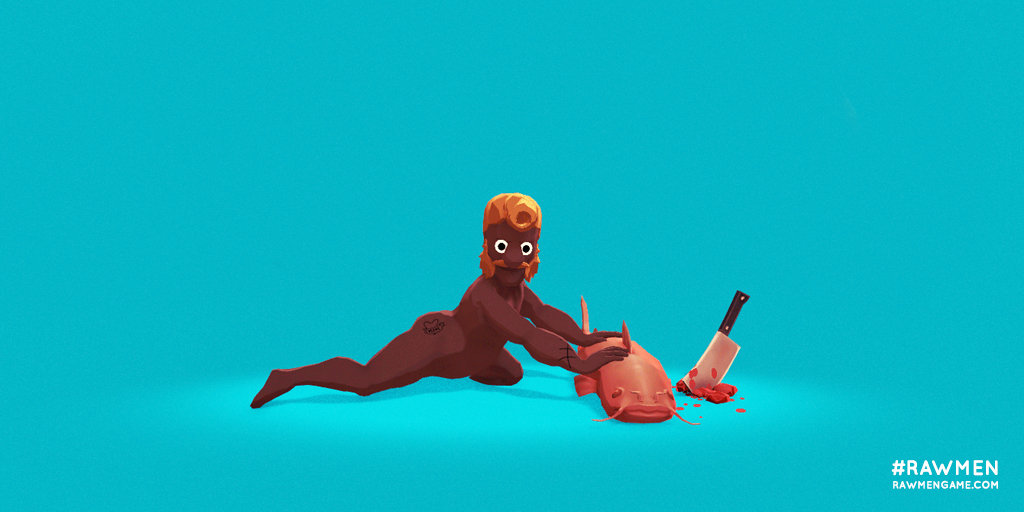 Yep! MAJOR Spillage on the re-working the messification system today. With a game centered around making a mess – its important to have the right moves in order.

We wanted to to implement some type of dynamic interaction to the player’s motion, so we developed a system that essentially tracks the player’s linear and angular velocity change. If the change is larger than a specific threshold, we spill! Using a couple of sprite sheet animations, tied to a couple particle systems emitting from the pot rim, we launch particles that slightly inherit the players velocity. Any collisions with static obstacles spawn dynamic decals at their contact points (floor splats!). Now, on to making a mess with the Player and NPCs!